This page contains specific information for our off site Eric Wiegardt’s class coordinators.

To communicate with our in-house Eric Wiegardt Workshop Coordinator,  please send an email to: ericwiegardtworkshops@gmail.com or call 360-665-5976.

This is a workshop for those who wish to loosen up in watercolor. Painting techniques and a philosophy of design will encourage bold, loose paintings. Eric believes most painting problems are the violation of an elementary painting principle. Lectures will be easily understood and helpful. It is recommended that the student have minimal previous experience. There will be ample time for students to try the concepts presented in a safe environment. Eric will do a completed painting demonstration daily. Subject matter may include land, marine, and streetscapes, florals and interiors.

This class is designed to familiarize the student with the joy of painting out of doors. Keen observation combined with the student’s personal interpretation for an expressive painting will be the mainstay of discussion. We will be visiting several locations so transportation is encouraged with the possibility of sharing rides. All levels of experience welcome.

Eric Wiegardt AWS-DF, NWS has left an indelible mark on both the American and International art scene. He is one of the few in the world to be awarded both the GOLD MEDAL and DOLPHIN FELLOW from the oldest and most prestigious watercolor society, AMERICAN WATERCOLOR SOCIETY, NEW YORK. He is declared one of the top ten watercolor masters of today in the world by artmatch4U. He has participated in numerous museum exhibitions throughout the US and China.

Over 4,000 original paintings have been collected privately and corporately including in the US State Dept., US Ambassador Alice G. Wells, Amman, Jordan.

Eric is a graduate of the American Academy of Art, Chicago.

Wiegardt paintings are to be enjoyed for generations; permanent pigments and professional framing are a priority.

Wiegardt Studio Gallery is in the home of Eric’s great grandfather, Heinrich Julius Wiegardt, an oystering pioneer from Denmark. The home and now gallery was built in 1897.

Eric and Ann, since 1985, have owned and operated Wiegardt Studio Gallery.

They have raised five wonderful children.

Send us an email to request a contract or download the version you need below. In addition to the popular pdf format, the Workshop Contract is available in two versions of Microsoft Word.  Click on the link and either save to your computer or open and then save.  You then can type right in the document. 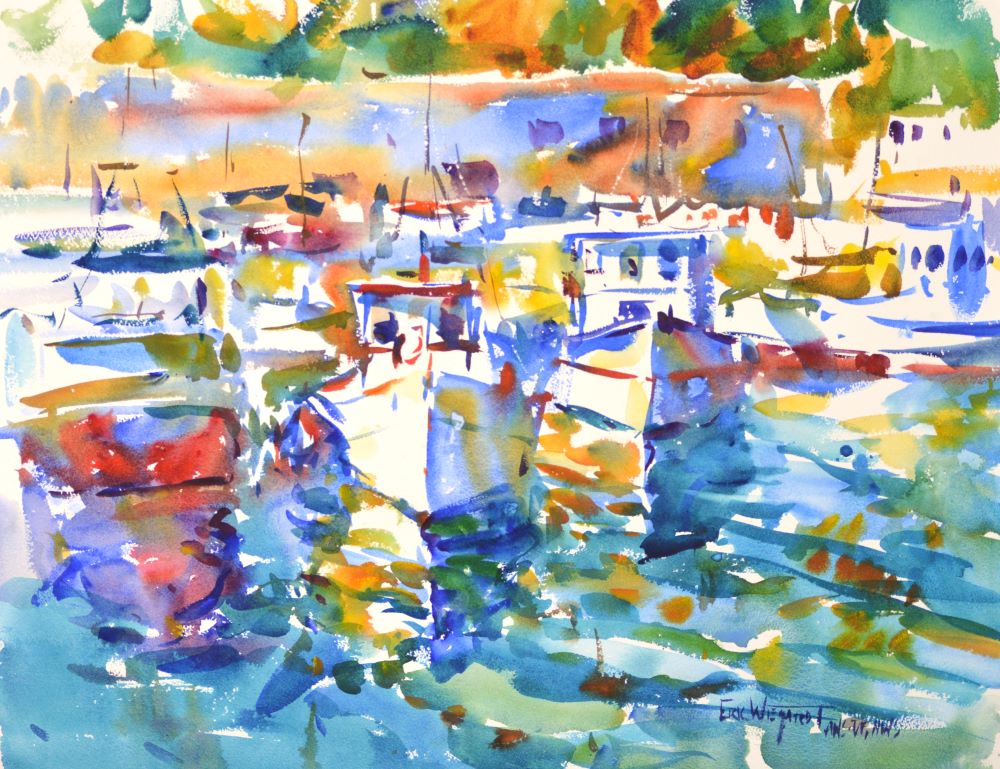